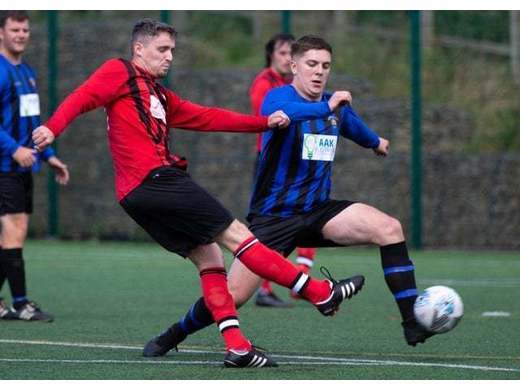 Sunday Football in Kent on the Rise

The past six-months have been a difficult time for everyone to deal with, but the return of grassroots football has seen a resurgence in new teams entering local Sunday League competitions across the county. Like all other local leagues, the 2019/20 Ashford & District Sunday Football League season was suspended back in March as the COVID-19 pandemic forced the government to issue a nationwide lockdown, but with the Football Association now giving the all-clear for grassroots football to resume dozens of new Sunday League teams have formed and entered league competitions across the county.

Seven new teams have been accepted as members of the Ashford Sunday League this summer including Sandgate Saint-Germain (Premier Division), Albion and Golden Arrow (both Division One), FC Folkestone and Egerton (both Division Two) as well as Lydd Town and Ashford Dynamo (Division Three) bringing the total membership back up to 42, the highest number in several years. Four other teams applied to join but either didn't see the full application through or missed the deadline to join. On the flip side we have lost three teams from last season as Kennington, Ashford Cavaliers and Smeeth & Brabourne gave notice not to continue for the new season (Kennington and Ashford Cavaliers do have plans to return for the 2021/22 season).

Whether it be that players simply missed football during the six-month lockdown, or others realised that time was running out to dust off the old boots, the increase in club membership is a massive boost to the Ashford Sunday League as in recent years Sunday morning football has seen a drop in numbers across the country. Just three-years ago the Hythe & Folkestone League folded due to a lack of numbers with many of it's former members transferring over to the Ashford Sunday League, while seven-years ago the Hastings Sunday League also ceased to operate, with Iden Park moving over to our own competition for a short period as a result. But now with football back the interest is growing again in grassroots football and the trend is replicated across the county.

The North Kent Sunday League, which covers Gravesend and the surrounding area, has seen an incredible 20% increase in membership over the summer, while the Maidstone Sunday League has added a fourth division to accommodate a rise of three news teams for the 2020/21 season. There was also an increase in membership for the Orpington & Bromley Sunday League which has seen the amount of teams rise from 68 to 75, while in Thanet they now have 34 member clubs compared to 29 last season. Everyone will now be hoping that there will be minimal or no disruption to the new season, nor a second wave of the virus, in the hope of completing what it is expected to be a highly exciting new season. 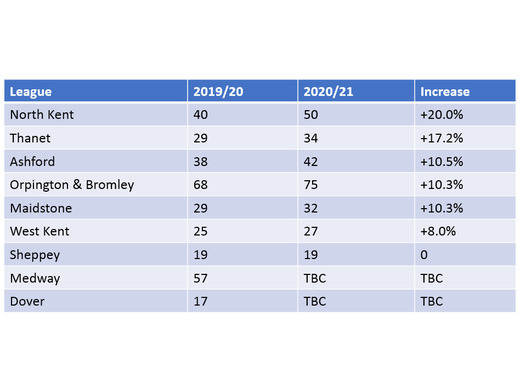