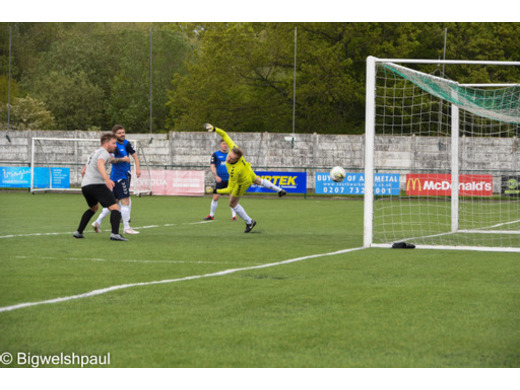 First half goals from Antonio Comparetto and Dion Orris helped Ashford Genclik lift the Bodkin Cup on Sunday afternoon as they beat holders Market Hotel 2-0 in front of a record crowd at Homelands Stadium. A socially distanced crowd of just over 500 people were in attendance to watch the first competitive final for two-years, the highest number of spectators for a Sunday League final at Homelands since the stadium was opened in 1989, and those inside the ground were treated to thrilling contest as Genclik held on to win their first ever piece of silverware in only their second season as league members.


Despite a heavy downpour an hour before kick off the rain stayed away for the duration of the game allowing for a fast-paced game on the artificial 3G surface as both teams raced out of the blocks in the opening quarter of an hour. Genclik seemed to take the longer of the two teams to settle but Market were unable to take advantage of their opponents’ early nerves, goalkeeper Stefan Lawrence uncharacteristically dropping the ball coming out for a corner before failing to gather the ball properly moments later when attempting to smother an attack only to see Connor Coyne gather the loose ball and fire across the open goal.

The first real chance of the game fell to Genclik at the other end of the pitch after 10 minutes as Luke Hughes’ long throw up the right hand side was gathered by Dion Orris who played in the lively James Haylock-Ashdown before squaring to teammate Matt Lightfoot, whose well struck shot was brilliantly turned onto the post by Market goalkeeper Darren Mendez before being cleared to safety. Moments later Mendez came to the rescue again making a decent double save from Orris as Genclik went up through the gears looking to find an opening and give their followers something to cheer about.

But the deadlock was eventually broken just before the half-hour mark when another long throw from Hughes, this time from the left, was only partially cleared by the Market Hotel defence and Genclik midfielder Antonio Comparetto met the ball on the half volley to make it 1-0 with the help of a slight deflection.

The chances continued at both ends, first Market going close to grabbing an immediate equaliser only for defender Matt Hadlum to head just over the bar after meeting an in-swinging free kick, before at the other end Lightfoot unselfishly pulled the ball back to Orris to shoot on his right foot but once again Market’s veteran goalkeeper Mendez pulled off a smart save. The outstanding Mendez was unable to prevent Genclik from doubling their lead just before half time though as Orris latched onto a loose ball just inside the Market half to turnover the possession before running through on goal one-on-one and keeping his composure to fire the ball low into the bottom left hand corner of the goal despite the Market ‘keeper getting a foot to the effort.

Market Hotel, temporarily reduced to ten-men due to Ryan Smith’s sin bin for dissent, came out for the second half determined to get themselves back in the game and started to push further up the pitch more after the restart. Forward Brad Baker had an excellent chance to pull a goal back in the 51st minute but saw his effort agonisingly come back off the crossbar before following up to head the rebound straight into the grateful arms of Genclik goalkeeper Lawrence. Market continued to attack but found it hard to breach a well organised Genclik defence well marshalled by man of the match Adam Phillips but did find chances easier to come by from set pieces taking advantage of their aerial presence. First substitute Paul Mabb went close when he just headed over the bar from a 67th minute free kick, while five minutes later Ryan Smith just missed the target after rising highest to head the ball goalward.

Both teams utilised their benches to throw on fresh legs as the game drew to a close, and Genclik substitutes Max Sarigul and Declan O’Driscoll both added a different dimension to their attack to ask questions of the Market back-four. Haylock-Ashdown, who had been a constant menace looking to drive the ball forward all game, went close right at the end when he reacted quickest in the box to bring the ball down from a floated set piece, and rounded the goalkeeper, only to stab the ball just wide of the upright to deny himself a well-earned goal.

Genclik saw out the final couple of minutes to preserve yet another clean sheet, their third successive shutout in the competition, to end Market’s hopes of a fifth Bodkin Cup victory in the previous six years and ensure their name will be forever engraved on the famous 60-year-old trophy alongside Market’s previous 18 wins.

A fantastic game and performance from both sides showing once again the level of quality on show in local Sunday League football, something echoed by losing Market Hotel manager Liam Smith after the game.

Smith said: “Well done to Ashford Genclik today who were just the better team. A brilliant match and a fantastic crowd too, and well done to the referee and match officials who all had a good game”. 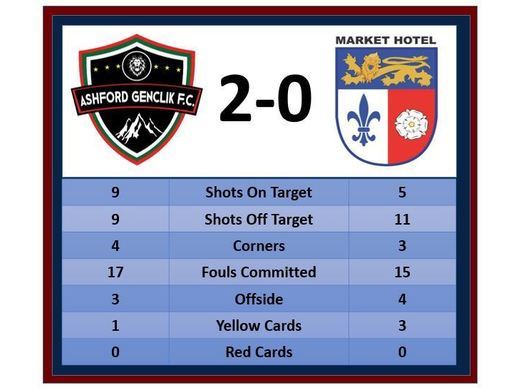