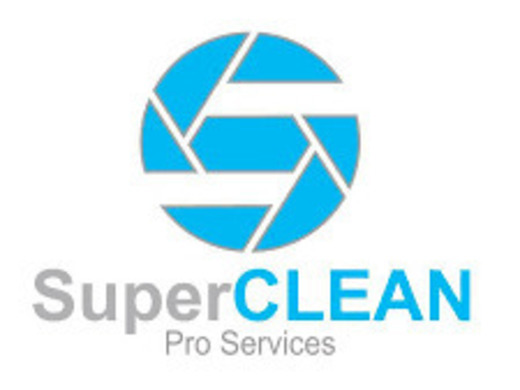 
Division Three side Bromley Green continued their excellent cup form to come from behind to beat Ashford United Thirds 5-4 and book their place in the final of the Sheber Trophy this coming Sunday. The Green trailed 3-1 at half time but a stunning second half response saw Sid Hone’s determined side progress to the final at Homelands Stadium and are now just 90 minutes away from lifting some silverware this season. Two goals from Joe Fisher, an own goal and further strikes from Hassan Tejan and Mickey Mabb completed the comeback despite United leading 4-2 with 20 minutes left. United will feel disappointed having let slip a two-goal lead twice, but Roger Hadlum’s young side have again impressed throughout the competition replying with two strikes from Alfie Dryland and one apiece from Kris Melachrino and TJ Wood.

The Green will face Park Farm Rangers in Sunday’s final who won their last-four clash against pre-tournament favourites Appledore on penalties after the two sides could not be separated after 90 minutes drawing 2-2 at Church Hill. Goals from Dan Hall and James Turner helped Rangers on their way while Appledore hit back through two Tom Draper goals, and the visitors could have grabbed a winner in the second half only for veteran goalkeeper Ryan Hadley to save from Appledore’s Joe Mant. With the scores level at full time it was Park Farm who prevailed on spot kicks winning 5-4 to extend their season by one more week and a shot at lifting the trophy.

Division One side Albion were comfortable winners as they booked their place in the final of the Senior Plate competition beating Stanhope & Beaver Rangers 7-0 away from home. Sam Conlon led the way scoring twice for the pub side while further goals from Adam Mercer, Jake North, Steve Johnson, Liam Whiting and a Tom Scorer penalty completed the scoring.

They will take on Premier Division side Mersham Sports who survived a late comeback from local rivals Aldington to go through on penalties after a 3-3 draw at the MSG. Mersham went ahead through Craig Calvert’s penalty and soon doubled their lead when Luke Stanley tapped home from close range, but Aldington pulled a goal back before the break thanks to Stephen Cowell’s effort from just outside the box. Matt Stevens restored the home sides two goal lead with 15 minutes to play but Aldington levelled things up with two goals in the final ten minutes, first Cowell scoring another long range goal before substitute Ben Hunt was on hand to side foot home after Mersham goalkeeper James Atkins could only parry Ryan Norman’s excellent curling effort. Goalkeeper Atkins went on to score the all-important winning penalty in the shootout as Mersham went through 4-2 on spot kicks.

Troggs beat Division Two rivals Hythe Athletic 5-0 to ensure they went through to the Spearpoint Finals Day on Sunday thanks to a resounding victory at Cornes Meadow. The Smarden side were two goals ahead inside the opening ten minutes and added a third before the break, James Carlton netting twice while Harry Stow, Alex Philpott and Ben Allen also got their names on the scoresheet to complete the victory.

Fox Sunday will be their opponents in Sunday’s final as they came out on top in a thrilling semi final at Sandyacres beating AFC Guildhall 4-3. Jack Brown scored a brace of headers to put the Fox 2-0 head inside the opening quarter of an hour but Guildhall hit back to go in at the interval all-square, first thanks to Will Sanders’ wind-assisted free kick from distance before Steve Masters reacted quickest to finish well from another set piece. Callum O’Neill restored Fox’s lead early in the second period as he slotted home from the edge of the penalty area after the visitors failed to clear from a corner, but once again Guildhall came back to make it 3-3 with Jack Combes getting the final touch to equalise. Both teams created chances as they looked to find a winner, but it was Fox midfielder Tom Weeks who fired home the decisive goal with his first strike for the club.

Mersham Sports Reserves completed a great morning for the village club as they joined their first team in the Spearpoint Finals Day beating Lolzors 3-0 in the semi finals of the Junior Vase. Goals from Adam Fairclough, Adam Bellman and Luke Goddard proved the difference to end the Pumas cup adventure with goalkeeper Andrew Possee keeping an important clean sheet for Mersham.

Their opponents will be fellow Division Three side Lydd Town Sunday who got the better of Folkestone United Reserves winning 3-1 at home. Goals for the hosts from Jordan Spann, Josh Mills and Ellis Nelson saw them through to cancel out Ashley Sales’ strike for United.