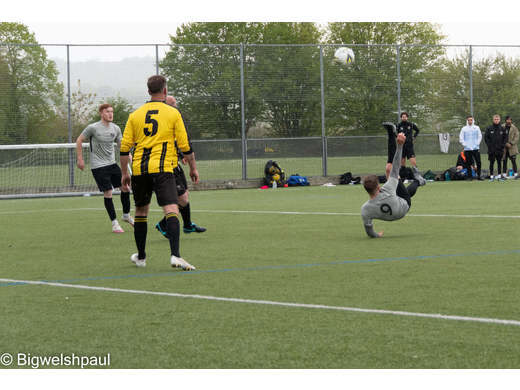 
18-time champions Market Hotel will take on debutant finalists Ashford Genclik in the final of the Bodkin Challenge Cup after both sides won their respective semi final ties on Sunday. The final will take place on Sunday 23rd May at Homelands Stadium and once again feature holders Market Hotel who beat Premier Division rivals AFC Locomotive 3-1 in their last-four tie at Pitchside. Both sides enjoyed spells on dominance in the opening half hour until Market took the lead in the 36th minute courtesy of Bradley Baker’s spot kick, and deservedly doubled their lead before the break through the impressive Troy Howard. Loco pulled a goal back in the second half thanks to Jamie Hurst’s well-struck free kick but a late goal from Ryan Taylor sealed the victory to send Liam Smith’s through side to yet another final.

They will face an in-form Ashford Genclik side in the final who comfortably beat Sandgate Saint-Germain 4-0 in the second semi final with forward Dion Orris netting all four goals for the hosts. Orris gave Genclik an early lead with a decent finish before an excellent diagonal ball over the top from James Haylock-Ashdown found Orris in the box for the striker to finish well for his second. Orris completed his hat trick before half time to put his side 3-0 ahead getting the final touch from Scott Bradley’s cross from the right before wrapping up the victory in style early in the second period with an outstanding overhead bicycle kick (pictured above) to score his and Genclik’s fourth of the game.

Ashford United Thirds sealed the fourth and final place in the Sheber Trophy semi-finals as they beat Waterside 2-0 away at the Spearpoint Ground. United topped Group A undefeated from their five group stage fixtures but made hard work of this victory after wasting several good chances to go ahead. The deadlock was eventually broken when Jack Jenner squeezed the ball through the legs of the home goalkeeper to put Roger Hadlum’s side ahead before United sealed the victory late on when TJ Wood capitalised on a poor clearance from Waterside’s replacement ‘keeper to tap home their second. United now face Group B winners Bromley Green in the semi-finals this coming weekend.

That victory ended any hopes of group rivals Lolzors and Hythe Athletic sneaking into the last-four as they both played on the adjacent pitch only metres away in a game marred by a terrible injury to young Lolzors player Alfie Prior. The game was abandoned with around fifteen minutes left to play when Prior suffered a bad leg break with Hythe’s 3-2 lead standing as the final result. Lolzors went ahead late in the first half when Steve Warren volleyed the Pumas in front only for Hythe to level early in the second period thanks to Charlie Partridge’s stunning effort from outside the penalty area into the top corner. Hythe then scored twice more to go 3-1 ahead when first Jace Dempster squared the ball to Harry Linch to fire home before Dempster got his name on the score sheet heading in the visitors third. Warren pulled a goal back for Lolzors to make it 3-2 before referee Andy Worthington had no choice but to prematurely end the game due to Prior’s injury as they awaited the emergency services to arrive. The win for Hythe means they now go through to the semi finals of the Junior Plate while Lolzors settle for a place in the Junior Vase last-four.

Goalkeeper Andrew Possee got himself on the score sheet as Mersham Sports Reserves dramatically sealed a place in the semi finals of the Junior Vase by the narrowest of margins beating Burton Grove 4-1. Third place Mersham finished level on points with fourth place Singleton Barn, with both sides also having the exact same goal difference, goals scored, and goals conceded records from their five games, and were only separated on their head-to-head record. After a goalless first half the deadlock was broken when Mersham number one Possee’s long kick bounced over opposite number Andy Wilson and into the back of the net to give the villagers the lead. Adam Bellman doubled Mersham’s advantage only for Andy Crouch to pull a scrappy goal back for the hosts, but it was Mersham who dealt with the terrible conditions better adding the two additional goals they required to qualify for the end of season knockout stage thanks to Brad Webber and Craig Lang’s late efforts.

George Large netted a hat trick against his former club as Fox Sunday run out comfortable 6-0 winners at home to Biddenden to seal a place in the last-four of the Junior Plate. Fox led 4-0 at the break after a dominant first 45 minutes and took the lead early on when Large chased onto Dan Valler’s long ball over the top to open the scoring with a great strike from just outside the penalty area. Fox went 2-0 ahead on the half hour mark when Large was brought down in the box setting up Callum O’Neill to convert the resulting penalty, and Large added a third shortly after, again from the penalty spot after this time veteran striker Tom Wilmshurst was fouled. Wilmshurst, making his first appearance of the season for the Fox, scored the hosts fourth just before half time firing home after latching onto Stuart Margetson’s clever backheel, and in doing so scored in his 23rd successive Sunday League season. Large stole the headlines though and claimed the match ball scoring his third just two minutes after the restart when he tucked the ball away after being set up by O’Neill, before Jack Brown’s late strike to convert Jack Mummery’s cross completed the scoring.

AFC Guildhall sealed second place in Group D and ended any hopes opponents Ashford Spartans had of extending their season another week or two running out 7-3 winners in a game full of goals at the Ridge. Jack Combes and Steven Masters both scored twice for the visitors adding to individual strikes from Ben Manwaring, Jay Critcher and Toby Rolfe to just pip third place Folkestone United Reserves to the runners up position. Spartans replied with their goals coming from Craig Bennett, James Button and Simon Lockerby but miss out on a place in the Junior Vase following this defeat.

Aldington came back from going behind to beat hosts Brewmaster 3-2 in their Senior Plate quarter final fixture at Hopes Grove. The Brews went in front when teenage Aldington goalkeeper Harry Pearce was unable to hold on to a free kick played into the box and home striker Matt Day benefitted by side footing home on the rebound. The visitors soon levelled to go in at the break all-square when Jack Price claimed Aldington’s equaliser to score under pressure from a home defender. Aldington then took the lead midway through the second half when Rhys Morrison’s corner was flicked on at the front post by skipper Stephen Cowell for Alex Williams to head the away side in front for the first time only for the Brews to level things up again thanks to Gary Clarke’s headed effort at the far post. Clarke almost regained the lead for Brewmaster when his superbly struck effort from outside the area was brilliantly turned onto the post by Pearce in the visitors goal, but it was Aldington who went on to grab a late winner when Williams headed in his second of the morning from Cowell’s cross to send them through to the semi-finals.

They now face local rivals Mersham Sports in the last-four after they returned from their trip down the M20 to Dover 4-2 winners over Cheriton AFC. Mersham went through the hard way though as Cheriton went ahead through Reece Allen’s headed effort after just 3 minutes, but two goals from Matt Stevens and further strikes from Ben Davies and Tom Wilson saw Mersham through and cancel out a late Teddy Easthope goal for the hosts.

Teenage forward Lewis Godden scored twice to help his side Stanhope & Beaver Rangers through to the semi finals in their 3-1 away victory at Folkestone United. Godden scored his third and fourth goals of the season for Rangers to set them up with a home tie against Albion FC in the last-four as Dan Cornell’s strike sealed the victory despite Charlie Parris’ goal for the hosts.

Photo courtesy of Paul Davies. Contact Paul at bigwelshpaul@gmail.com for future coverage of your game.